Owned and operated by the Corporation of the Township of Armstrong, the Earlton-Timiskaming Regional Airport was first developed as an emergency field along the Trans-Canada Airway in 1937. In 1952, the Airport's main runway was lengthened 6,000 feet to accommodate fighter aircraft in the Air Defense Command. In past years, Canadian Pacific and Trans-Canada Airlines made scheduled stops in Earlton on their way to Toronto and Montreal.

When these stops ended in 1973, NorOntair, a provincially operated airline, began offering scheduled passenger service from Earlton until March 1996, when they terminated operations so that private sector airlines could assume their routes. During the years 1975-2003, scheduled air passenger was provided by several air passenger operators. Currently there is no scheduled passenger service available from this Airport. However, there is a strong charter market that is being served on an on-call basis by several charter airline services. 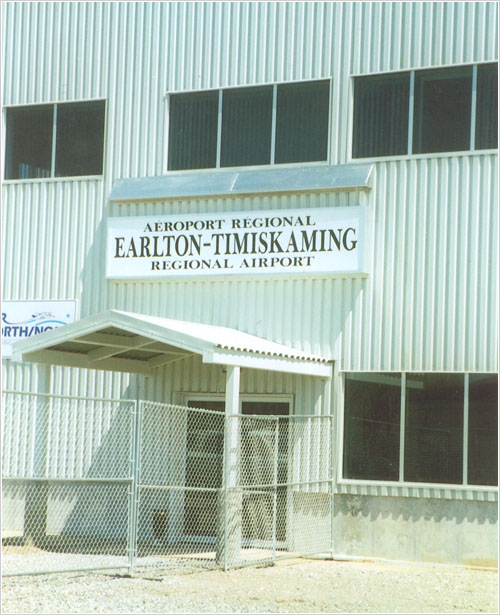